Meeting with the Five Angry Men: who they are, where they come from and how the band was born

We know that there are 5 of them - the name also says - and that they have won the Conad Jazz Contest 2022. We met them for you on the jazz stages around Italy, on the occasion of their performances last September 4th on the stage of ** Il Jazz per le terre del sisma in L'Aquila ** and last September 18th on the stage of ** UJ Weekend ** in Terni.

Let's get to know them more closely!

Who are the band members and what are the genres that influence the individual musicians of the group?

The Five Angry Man are composed of Giacomo Serino on trumpet, Lorenzo Simoni on saxophone, Pierpaolo Zenni on piano, Matteo Bonti on double bass and Mauro Patti on drums.

With quite di ﬀ erent backgrounds, they share an academic career in the conservatory, jazz for three of them and classical for two, before becoming colleagues in the Siena Jazz two-year course.

Giacomo Serino comes from a family of musicians and started playing the trumpet at the age of 11. Student of the three-year jazz trumpet at the Licinio Refice conservatory in Frosinone, he studied composition and arrangement for big bands before enrolling in the two-year jazz trumpet at the Siena Jazz Academy, where he still studies today and where he met the other members of the Five Angry Men. He has played and recorded with "young bands" and leading ensembles of national and international jazz, participating in various events and festivals. In 2021 he founded the Metropolitan Jazz Orchestra, a big band made up of the best jazz soloists active in the Roman and national scene, particularly active in collaborations with young Italian composers and arrangers. 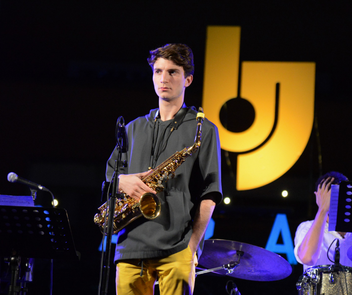 Lorenzo Simoni started playing the saxophone at the age of 11, following a chance meeting with the band of his country. He then achieved both a two-year period in jazz and classical music although continuing to devote himself to musical training with a strong self-teaching component. In recent years he has had the opportunity to intensify musical collaborations with experienced musicians from both the world of classical music and jazz, both in Italy and abroad. Even Lorenzo thanks to Siena Jazz had the opportunity to meet many musicians, including the members of the Five Angry Men. 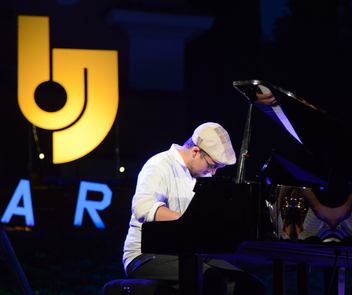 Pierpaolo Zenni, class of '98, began studying the piano at the age of six. He first follows the classical path, attending the three years at the Pescara conservatory and the two years in Bologna. He has always had a strong passion for jazz, and in 2020 he accesses the Siena Jazz summer seminars with a scholarship, where he has the opportunity to meet internationally renowned artists and where he meets the other members of the band. 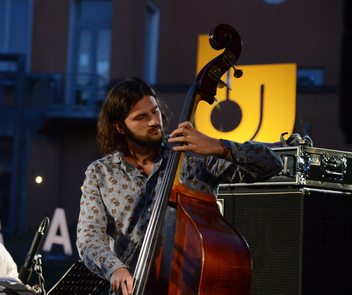 Matteo Bonti, born in 1996, is a bassist and double bass player from Pisa. He started playing at a very young age in Tuscan rock and blues bands, while privately studying electric bass. In 2018 he obtained a diploma in jazz double bass, an instrument for which he then continued his studies, and subsequently graduated in electric bass at Siena Jazz with full marks, and a thesis entitled "Oregon: Crossing Boundaries", confirming the his interest in contaminations. Musically active in the jazz and musical scene in general in Tuscany, he has taken part in various jam sessions and played with musicians of various fields and musical caliber, ranging from afrobeat-funk and Latin to pop and songwriting and jazz. In September 2021 he was admitted with a scholarship to the two-year jazz double bass course of Siena Jazz - where he is currently busy completing his studies - and it is precisely on the occasion of the two-year lessons that he met the other four of the Five Angry Men, a group of which he is double bass player. 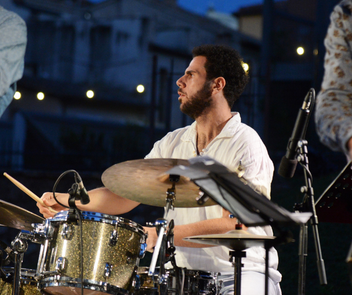 Mauro Patti, born in 1993, is a drummer and composer from Agrigento. Self-taught, after almost ten years of experience with various musical formations, he began his musical studies at the age of 21 and graduated with honors from the conservatory "Arturo Toscanini" in Agrigento, presenting a thesis on "The Afro -Cuban Rhythms In Jazz Music ". He took part in the Clinics of the “Berkley School of Music” at Umbria Jazz in 2016, and currently attends the Siena Jazz master program, where the Five Angry Men were born.

The different tastes and musical experiences of each of the Five Angry Men contributed to creating a rather rich and heterogeneous picture of rhythmic influences:

Lorenzo is an interpreter and a great lover of classical music, a genre to which he has always approached jazz, starting as a self-taught; the inﬂuences of Giacomo shift, on the other hand, more to the hard bop genre and to modern jazz, in particular that of Ambrose Akinmusire; Mauro and Matteo, took the first steps of their musical career with rock, and then subsequently explored the territories of funk, afro-beat and latin, combining jazz experiences inside and outside. of the academy. The tastes of Pierpaolo, on the other hand, travel between Thelonious Monk, Charles Mingus, Andrew Hill, Franco D'Andrea, the artists of the AACM and, among the moderns, first of all Craig Taborn.

**How were the "Five Angry Men" born and how was participation in the Conad Jazz Contest born? **

We met at the beginning of the academic year at Siena Jazz, being all two-year students, and in a short time a beautiful friendship and a strong understanding was created on a musical level. Coming from four different regions (excluding Matteo and Lorenzo, respectively from Pisa and Lucca) was at the same time an obstacle and an advantage: organizing ourselves for the tests, initially, was a nightmare, only after a while we began to meet with more frequency. All this, from the other point of view, allows us to get in touch each with the musical reality of the other: it is a precious exchange in our field.

The idea of participating in the Contest was born almost by chance: we wanted to get involved despite having known each other for a short time, and the Conad Jazz Contest immediately seemed to us the best opportunity to do so. Of course, we did not expect to finish, nor to win! The quality of participants was really high, there were groups and artists that we know and respect very much, such as the Nomads band by Attilio Sepe and the Momò Ensemble by Emanuele Marsico, whose performances were of the highest level.

Winning this contest represents a rare opportunity in the career of a jazz musician, and we are all quite grateful and excited. We will invest the prize, as well as in the recording of a disc, in the promotion, with the hope of growing more and more.